It is Obvious that the Experts and their push for “Gun Free Zones” are not forming the right answer.

Example:  Are there too many guns in the U.S.A.?  This graphic would stroke your fear but it does not tell you the whole story.

This does not take into account the number of multiple firearms which are owned. In Switzerland it is largely a single gun in a single home.  In The United States the opposite is true – most gun owners own more than one, making the data appear skewed.

Again, be mindful that this data does not tell the whole story.  Per Capita would be meaningful if the gun demand was equal on all segments of society – sex, age, location and type.  Most people do not live alone and that reduces the number of guns per household by 50% right off-the-bat.  Cyprus has a population of less than 1.2 million and a very turbulent history – How can that be compared in a simple per capita analysis with the U.S.??

Be educated about ALL of the facts before you form your own opinion. 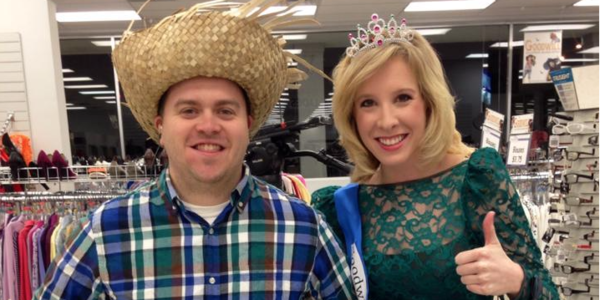 Yesterday, it happened again: People were going about their daily lives only to be struck down by a crazed murderer. This time, the backdrop was Smith Mountain Lake, Virginia, where 24-year-old reporter Alison Parker and 27-year-old cameraman Adam Ward were up early on a Wednesday morning, delivering a live broadcast for WDBJ, the local CBS News affiliate where both worked.

During the 6:45 a.m. broadcast, the murderer walked up and shot dead both Alison and Adam. He also wounded Vicki Gardner, executive director of the Smith Mountain Lake Regional Chamber of Commerce, whom Alison was interviewing. In an act of psychotic narcissism, he filmed his crime and posted the video online before taking his own life. Due to the fire-like speed of social media, many people unintentionally found themselves viewing both versions of the horrific footage as videos auto-played in their browsers or on their phones.

The killer faxed ABC News a 23-page manifesto showing just how deranged he was. In it, he praised by name the killers in the 1999 Columbine High School massacre as well as the man who murdered 32 people at Virginia Tech in 2007. Yesterday’s murderer was a former WDBJ employee who claimed discrimination as a homosexual black man and wrote that the Charleston mass murder, in which a white man killed nine black churchgoers in June, was the last straw motivating his homicidal targeting of white individuals.

His anger and instability were no surprise to some. According to his former supervisor at WDBJ, the killer had a history of lodging complaints against co-workers — none of which were ever validated. Eventually, he was fired for bizarre and threatening behavior, and police even had to escort him out of the building.

Yet despite the overwhelming evidence that yesterday’s tragedy was perpetrated by a sick man bent on vengeance, almost immediately Barack Obama, Hillary Clinton, Virginia Governor Terry McAuliffe and other leftists used the tragedy to blame their favorite scapegoat — guns.

First, Obama spokesman Josh Earnest told reporters, “This is another example of gun violence that is becoming all too common in communities large and small across the United States.”

Then Obama himself said, “What we know is that the number of people who die from gun-related incidents around this country dwarfs any deaths that happen through terrorism.” So in one astonishingly stupid statement, he managed to blame the tool and minimize the (jihadi) terrorist threat that has claimed hundreds of thousands of victims around the world just during his presidency. And, by the way, 3,000 Americans were killed on 9/11 without a single firearm.

His comments also come on the heals of his lament last month that the area he feels “most frustrated and most stymied” is that the U.S. “is the one advanced nation on earth in which we do not have sufficient common-sense, gun-safety laws.”

Not to be outdone, Hillary Clinton declared, “We have got to do something about gun violence in America. And I will take it on.”

Likewise, Virginia Gov. Terry McAuliffe used the killings to call for stricter gun control, saying, “There are too many guns in the hands of people who should not have guns. That is why I’ve long advocated for background checks. … This is why we need to restrict access to guns.”

Unfortunately, emotion plays better than facts in times of tragedy — and that’s what Obama, Clinton and McAuliffe are banking on. Contrary to McAuliffe’s insinuation, the murderer passed a background check in order to buy his gun. But leftists won’t stop with more checks because, as McAuliffe said, they’re after “restricting access.”

And despite Obama’s claim of increased gun violence, such violence has actually drastically decreased over the last couple of decades. In fact, in 2010, the gun homicide rate was 49% lower than in 1993, according to a 2013 Pew Research Center study. The downward trend appears to have remained steady since 2011 — all while gun laws have been loosened and gun ownership has increased.

Thanks in part to leftist rhetoric, though, just 12% of Americans believe gun crime is lower now than in the early 1990s. In fact, the 2013 Pew study reveals 56% erroneously believe it’s higher.

Unavoidably, false information leads to faulty judgment, such as one absurdly ignorant tweet saying the county where yesterday’s murders occurred supported Romney in the last presidential election, so it must be gun-friendly. Evidently this person hasn’t heard of Chicago, Baltimore, Ferguson, or any other inner city Democrat poverty plantation where murder and violent crime are rampant.

Yesterday’s killings were perpetrated not by a county, a community, a tool, or the Second Amendment but by a sick individual driven by racial and anti-heterosexual hatred. His hatred — not his gun — drove him to kill. More to the point, the killer wasn’t a Romney voter but reportedly was reprimanded for wearing an Obama button during campaign coverage. That’s a report the American Leftmedia won’t bother getting around to.

Heartbreakingly, this unchecked hatred cost the lives of Adam Ward, who was engaged to be married to a coworker (who saw the murder happen while watching the broadcast in the control room), and Alison Parker, who was also dating a coworker and by all accounts was a vibrant and joyful woman.

Adam and Alison’s deaths should not be used as props for political gain. Instead, they should motivate us to counter the hatred that drives killers to take innocent lives and inflict unspeakable heartache to satisfy their delusional sense of vengeance.